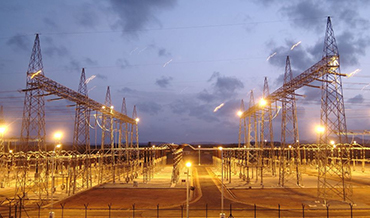 Puducherry is the latest among the dissenting states and Union Territories (UTs) to have accepted the Centre’s proposal of borrowing Rs 1.1 trillion to make up for the shortfall in goods and services tax (GST) collection. This came even as the Centre released the second tranche of payments on Monday. The ministry of finance borrowed and transferred the second installment of Rs 6,000 crore to 16 states and three UTs under a special borrowing window.

The loans raised by the Centre have been released on a back-to-back basis. However, seven dissenting states — including Kerala, West Bengal, Punjab and Jharkhand — have not yet accepted the proposal, and, hence, have not got the borrowed amount. Incidentally, Puducherry Chief Minister V Narayanasamy had told Business Standard last week that the state will not accept the Centre’s proposal and will urge it to borrow the entire sum. So far, 21 states and three UTs have accepted the proposal. Of, those five states – Manipur, Nagaland, Mizoram, Arunachal Pradesh, and Sikkim — do not have any shortfall.

This amount was raised at a weighted average yield of 4.42 per cent. It will be passed on to the states/UTs at the same interest rate, which is lower than the cost of borrowings for the states and UTs,” the government said in a release on Monday. The finance ministry has so far facilitated loans of Rs 12,000 crore under the special window.

Kerala Finance Minister TM Thomas Isaac has called the implementation of this option (borrowing Rs 1.1 trillion) without the GST Council formally deciding on extending compensation payments beyond 5 years as illegal.
“The Council has only extended the cess collection period beyond 2022 and has not said that it will compensate states for the rest of the shortfall beyond Rs 1.1 trillion.

The GST Council should be convened and search for a consensus,” he told Business Standard. Kerala Chief Minister Pinarayi Vijayan has urged Union Finance Minister Nirmala Sitharaman to hold further talks and enhance the limit under the special window facility to Rs 1.83 trillion. Meanwhile, Jharkhand’s Cabinet has officially rejected the Centre’s proposal. Finance Secretary Ajay Bhushan Pandey told Business Standard in an interview that the Centre remains engaged with the seven dissenting states and will continue to convince them. “They’re welcome to join any time,” he said. The GST shortfall is expected to narrow with robust collections seen in September and October, when it reached the Rs 1.05 trillion, a 10 per cent rise year-on-year.